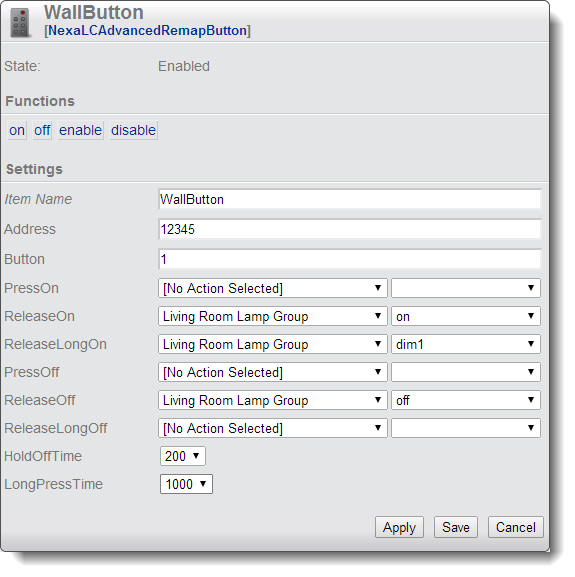 I have now completed two new HomeItems that are quite useful. The first is a more advanced version of the Remap button for the Nexa Learning Code-system. It allows you to map remote control and wall switch buttons to actions in NetHome. What is new is that you can map separate actions for when you press the button, release the button and release after having pressed for a longer time. Action on release is useful when you want the action to send commands using the same radio band as the button uses. The item is called NexaLCAdvancedRemapButton. 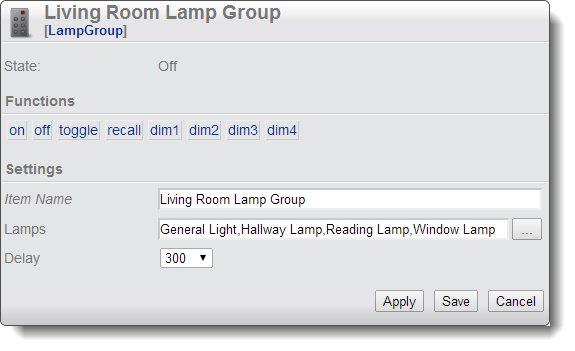 The other item is the LampGroup. In the lamp group you can specify a number of lamps which belong to the group, and via the group item you can treat them all as one lamp. The group has actions to turn on, off, toggle and also dim to four preset levels. Lamps that does not support dim will simply be turned on. When you call the off-action on the group, it will remember which lamps were actually on at that time and the recall-action turns those lamps on again. As usual you can mix any kind of lamps: Philips Hue, Nexa, FS20 and so on.

Both items are in the nightly build.
Posted by NetHomeServer at 22:52